Rights for Forest Dwellers: Some Answers in the 2017 Vietnam Forestry Law 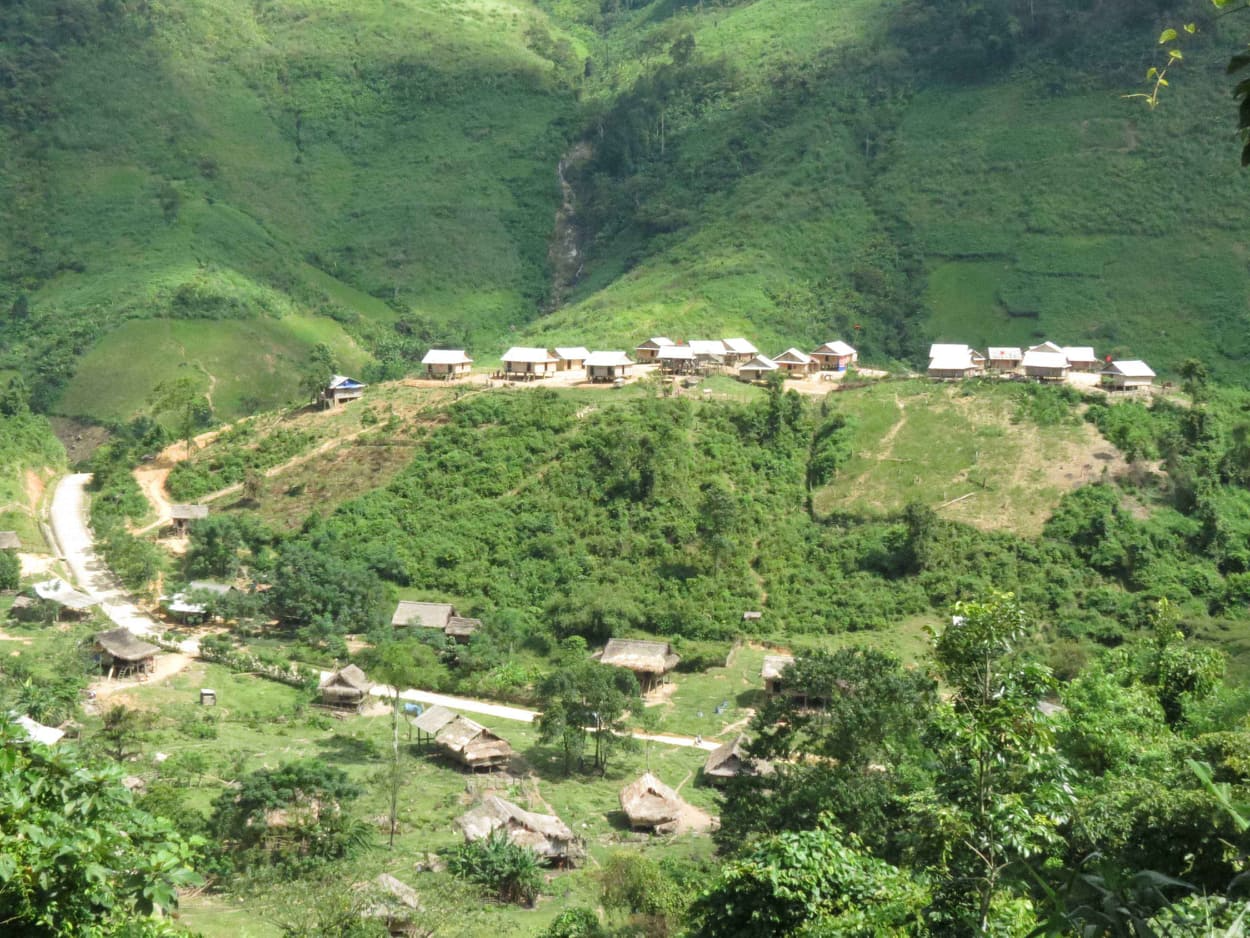 A pivotal case study conducted during Phase one of the Mekong Region Land Governance (MRLG) project was “Policy Influencing and Advocacy on the 2017 Vietnam Law on Forestry”. Implemented by the Forestland Coalition (FORLAND), the initiative demonstrated how to successfully influence the Forestry Law to improve the security of land rights for ethnic forest communities and traditional forest protectors.

The significant loss of Vietnam’s forested areas due to poor forest management has had vast repercussions. Commercial crop plantations are a cause of much of the deforestation and land-clearing which have enormous negative impacts on the environment. Biochemicals used in industrial farming, rapidly degrade the soil quality and pollute the local environment[i]. The chemical poisoning causes an exacerbated loss of biodiversity already affected by the clearing of forestland for crops. Furthermore, without forests to hold rainfall in crucial catchment areas and to anchor the soil beneath them, floods flow more frequently and with increasing devastation[ii]. As early as 2000, the UN linked deadly flooding in Vietnam to deforestation in the region[iii], contributing to the displacement of millions of Vietnamese and mass loss of land and livelihood. In this light, Vietnam’s ‘natural disasters’ are becoming increasingly man-made.

Most at risk to the adverse realities of forest loss are the ethnic communities[iv] who have lived in Vietnam’s mountainous regions for thousands of years. Forest communities rely on the forest as their source of food, shelter and livelihoods. Their cultural and religious values are also connected intimately with the land.  The 2004 Forest Law, championed conservation but failed to accommodate communities who were fundamental to the forest’s protection. As such, forest communities are often restricted by state laws which deny them their livelihoods through the extraction of forest products. Furthermore, ethnic minority Vietnamese lack equitable access to land and forest ownership partly due to a lack of information on the correct processes for application. Pre-2017, the state failed to recognise customary tenure; communities were only granted certificates for land and forest use rights for less than a third of the total forest areas under community management, and thus disadvantaging many ethnic minority Vietnamese who reside in forest areas since they could not obtain legitimate rights to their forest lands.

The objective of the FORLAND initiative was to influence the laws that would help to provide secure forest tenure rights for ethnic minority communities. But just how does one influence and make recommendations to change the law?

Step one: Do your research

Vital for FORLAND’s policy reform was having recommendations for policy change anchored on evidence and analysis. The initial step in the policy influence process was to research and document the shortcomings of the 2004 Forest Law. Research provided testimony for the loss of natural forests, expressing the Law’s inadequacies. The malpractice which took place under the previous legislation included timber extraction without reforestation and encroachment of cultivation onto protected areas.  Furthermore, the repurposing of forest land for the construction of transport infrastructures, large hydropower stations and mining projects highlighted broader policy shortcomings. Studies attributed the loss of forest to poor land management of state allocated lands. In contrast, other research documented that ethnic communities demonstrated superior forest conservation practice yet had received a distinct lack of allocated forestland, suggesting that allocating more land to traditional communities would be beneficial for forest conservation. Important to FORLANDs research was to capture the ethnic minorities experience regarding their interactions with policy to give voice to civil society and form collective ideas at the grass-roots level. This research was used to substantiate FORLANDs contribution to policy development.

FORLAND in collaboration with the Vietnam Union of Science and Technology Association (VUSTA) organised seven workshops for draft laws to be technically reviewed and discussed. The workshops were an essential platform for FORLAND to forge strong and trusting relationships with the active agencies involved in the drafting process. Organised with the Committee for Science, Technology and Environment (CSTE) of the National Assembly, workshop participants included representatives of the drafting committee and the law-reviewing agency. Drafts of the Law produced after the workshops reflected many of the comments made by workshop. Providing such spaces for discussion allowed for influence from outside of the State agencies in the law-drafting process.

A further angle of the policy advocacy methodology was to utilise media outlets in Vietnam to promote public relations and to apply pressure on governments to adopt proposed changes to the Law. FORLAND established a network of press agencies which were interested and had enthusiastic journalists willing to write articles concerning Vietnams forests. Over 30 articles and four television reports covered FORLAND’s activities in the drafting process of the revised Forestry Law. The selection of media outlets was measured. To avoid conflict that could hinder policy influence, FORLAND restricted the advocacy involvement of media outlets whose political stance was opposed to the state.

FORLAND, with support from MRLG, ran a workshop for developing clear policy messages. The workshop recognised that submitting many recommendations to the drafting agencies would be difficult and ultimately ineffective. The National assembly and drafting agencies could easily overlook them if they were not concise. Therefore, the recommendations were clustered into three easily deliverable core messages:

With these streamlined messages, FORLAND developed a ‘niche advocacy’ plan for their delivery. The plan included; how they would be delivered; who would deliver them and importantly, who specifically should receive the messages.

According to a Government report, drafting agencies passed 10 out of 19 of FORLAND’s recommendations into legislation. Significant recommendations from FORLAND and partners that were adopted in the 2017 Vietnam Law on Forestry[v] included:

Additionally, two chapters in the Law: Chapter III ‘Forest Management’ and Chapter VIII ‘Rights and Obligations of Forest Owners’, provide good opportunity for full integration of the socio-cultural and environmental dimensions promoted in the Law.  These chapters are seen to enable recognition of the rights of the communities, households and individuals, including ethnic minorities and women, to plan, manage and utilize the forest and forestland.

Success for the Ma Lieng community 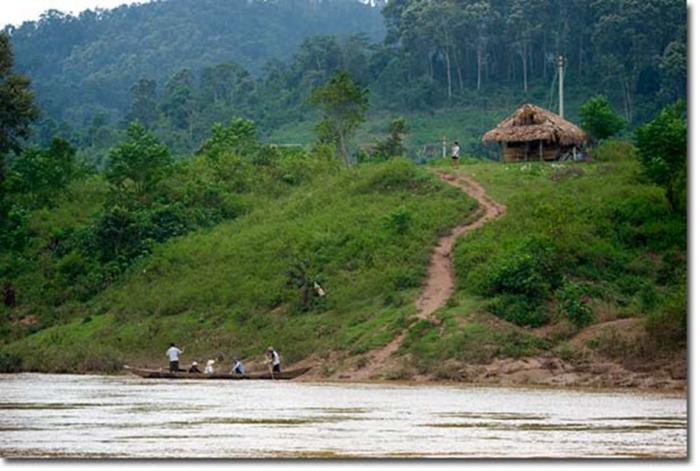 The Ma Lieng are an ethnic minority forest community of less than 1500 people, who live in the Giong Man Mountain range in Quang Binh province. Their traditional culture intimately links the lives of the people with the forest as their provider of food, medicine and spiritual life. The Ma Lieng spiritual connection to the forest is a key indicator for the determination of forest protection; to live with and from it, but not to exploit it.

With support from FORLAND, the Ma Lieng successfully recovered 231 hectares of forest land which had previously been allocated by the state to the Protection Forest Management Board (PFMB). The 2017 Law now recognises that the living space of the Ma Lieng includes the forest surrounding the village, enabling the practice of traditional spiritual forest rituals. Furthermore, community forest enterprise support has helped create sustainable livelihoods for the Ma Lieng. With the rights to forage and extract produce from their forest now recognised in law, botanical medicines obtained from the forest are currently being marketed by the Ma Lieng in a sustainable business enterprise. The case of the Ma Lieng illustrates the substantial implications which the 2017 Vietnam Forestry Law has had for ethnic minority groups at the heart of the FORLAND and the MRLG project’s objectives.

Analysing the approach taken by FORLAND to achieve such powerful change demonstrates an effective path for policy influence. FORLAND’s process emphasized the necessity in first documenting policy inadequacies through respected expert research, followed by directly targeted consultation with decision-making individuals and agencies sympathetic to the cause. This ensured that recommendations put forward to the legislative assembly, also had critical support within the caucus, who could help convince recommendations to be accepted into the legislation.

It was also found that advocacy activities were most effective when in line with the states own socio-economic development programs, making government acceptance and cooperation a smoother process with less risk of conflict, acknowledging that not all recommendations were adopted. The success of the influence to the drafts of the 2017 Vietnam Forestry Law suggests real opportunity for future policy advocacy interventions in the future through collective and purposeful action.

The lessons learnt within the contextual settings that it took place, will be taken forward by the MRLG project as it continues to advocate for the tenure rights of ethnic minority and forest dwelling communities in the Mekong. FORLAND continues to provide ongoing support to local communities as they apply for land certifications and advocate for further amendments to the 2017 Forest Law.

Due to FORLAND collaborations with VUSTA, CSTE and other partners, Vietnam’s Law on Forestry now recognises the customary tenure and traditional practices of local communities. The State now prioritizes forest allocation for ethnic minority peoples, recognises them as effective forest protectors and enables their sustainable agricultural livelihoods. Through establishing their rights in law, FORLAND has achieved security for the ethnic forest communities of Vietnam as well as to the forests in which they live.